Today’s Encounter with Christ was well-attended and although we again had a short meeting (schools were being released early for incoming storms) the upcoming Sunday’s gospel was made priority and we spent extra time on this beautiful reading.

This coming fifth Sunday of Lent, we will read John 11:1-45, The Raising of Lazarus. (We used New American Bible Revised Edition version, which can be also be accessed through the USCCB website: http://www.usccb.org/bible/readings/040217.cfm)

We read the longer version, which for many of us held new inspirations; my own included the clarification that Mary, the sister of Lazarus was the Mary who washed Jesus’ feet with her tears, when I had always thought that it was Mary Magdalene. (Huh, just goes to show how we miss things sometimes!) Some of the inspirational lights were really great (as usual) so I will highlight them to share:

The loss of loved one, especially a sibling is a heart-wrenching occurrence in life.  It was shared that one person, experiencing great sorrow after the loss of a brother, opened the scriptures, hoping for some kind of a message of comfort from the Lord, and that the line from this very passage “Your brother will RISE” stood out.  The sign wasn’t neon; it wasn’t flashing; it was just four words that popped out of a page which was randomly opened in hope of a sign.  “Your brother will rise.”

It was further discussed that perhaps the great faith of this person, being given a small sign, just four words, well-timed, hopeful and consoling, was such a great miracle because it wasn’t like the crowds that Jesus constantly had to reprimand for needing a sign, and still not believing in the salvation of the Lord.  Why would Jesus need to stay behind and wait for the death of his dear friend to pass four entire days, while his other friends so grievously struggled to endure his loss, to the point of Jesus’ own sorrow and perturbation? Because of the “stubborn generation” that was constantly demanding greater and greater signs from him.  Meanwhile, four small words, gave hope to one person for years on end, because of her tremendous faith.

Another story of an untimely loss of a sibling was shared, but in its sorrowful context rose unmistakable affirmations that God was along the for journey in this grief, spiritually embracing and offering signs of consolation that couldn’t be circumstantial.

It is our faith that determines the size of the miracles in our life.  Time and time again we cannot be expecting God to do amazing things for us when we have no expectation that He actually is GOD and HE CAN do it. He can do WHATEVER HE WANTS. And what HE wants, is for us to have everlasting joy (IS 35:10), to prosper and not to be harmed (Jer 29:11), to rejoice (Phil 4:4-9) and glorify Him (Ps 157). What is holding you back right now from receiving an assurance from God? What is stopping you from THANKING HIM (1 Thes 5:18) in advance for hearing your prayer and listening to you? Read the passage yourself and glean the hope that rises from another example of death that is defeated and ended in life (1 Cor 15:55). 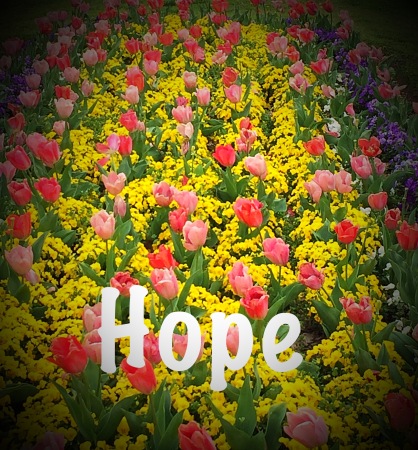